CUCKOO, SHE'S A FINE BIRD, THE 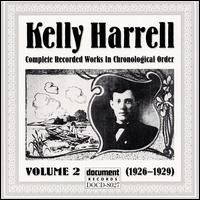 With a cuckoo clock in the background. Clawhammer banjo player from Virginia, born in 1889. The song hails from England though. The cuckoo as Europeans know it (cuculus canorus) is not an American bird. The ground cuckoo known in America as the Roadrunner (geococcys californianus) is a notorious song subject (Beep beep) with Bo Diddley, Jonathan Richman and Junior Walker & The All Stars.

Clarence Ashley [as The Cuckoo Bird]

Bob Dylan [on Life At The Gaslight]

Ella Jenkins [and on The Harry Smith Connection]

Anne Briggs [as The Cuckoo]

John Calloway [when he was in his seventies as The Cuckoo Bird; also from Virginia]

Be Good Tanyas [as The Coo Coo Bird]

Richard Thompson [as Sumer Is Icomen In on 1.000 Years Of Popular Music]

Originally an English ballad by Margaret Casson, first published in 1790, while it was mentioned since 1250: "Sumer is icumen in, lhude sing Cuccu". Also inspired The Kerry Dance (1878). The (European) cuckoo is subject to at least five different songs: When You Hear Them Cuckoos Hollerin' (Joan Baez), Cuckoo Over You (Huey Smith & The Clowns and Siouxie & The Banshees), Cuckoo Cocoon (Genesis), Serenade To A Cuckoo (Roland Kirk) and Cuckoo Is A Pretty Bird/Fine Bird. Information provided by Ruud Vlek from Amsterdam (r.j.j.vlek@freeler.nl), a real animal liberator, see his overview of all pop songs with animals involved.