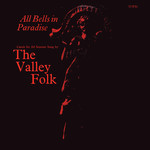 Gypsy carol from Sussex and Surrey. On lp All Bells In Paradise - Carols for All Seasons.

Jasper Smith [on album The Travelling Songster: An Anthology from Gypsy Singers and on Voice of the People series Vol 11]

Peter Kennedy and Maud Karpeles recorded a version in the 1950s by Albert Beale in Kent, released on You Never Heard It So Sweet in the Voice of the People series in 2011. Cecil Sharp heard a version by Albert's sister Alice Harden in 1911 and by his dad James Beale in 1908, collected in Steve Roud's folk compendium Still Growing - English Traditional Songs and Singers from the Cecil Sharp Collection (2003).